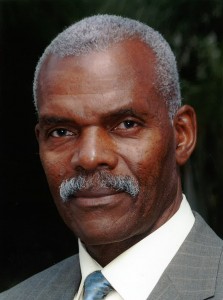 Al White is a star of stage and screen.  I have always wanted to say that.  Al is truly a talent that has done it all with all the big names.  He’s been on Broadway with Laurence Fishburne, stole a part from Danny Glover, and trained at the same place as Denzel Washington.  His television career has spawned several decades and just about every primetime show from 1976-present.  Starsky & Hutch, Good Times, Wonder Woman AND The Incredible Hulk, The Jeffersons, Hunter, The Dukes of Hazzard, Matlock, Tales From The Crypt, Seinfeld, and most recently Switched at Birth.

If you recognize Al, it is probably from his iconic film work in Back to the Future II as the Dad who attacks Marty in the alternate 1985, OR you will of course remember him as the Jive-talking guys from Airplane!.

He is the only guy in the world who has:

We talk about his start as a janitor for hippies, his cutting edge theater work, and what it took to create a language:

Below is a sample of his work:

Check out the wiki on Al in Back to the Future, then watch the clip: