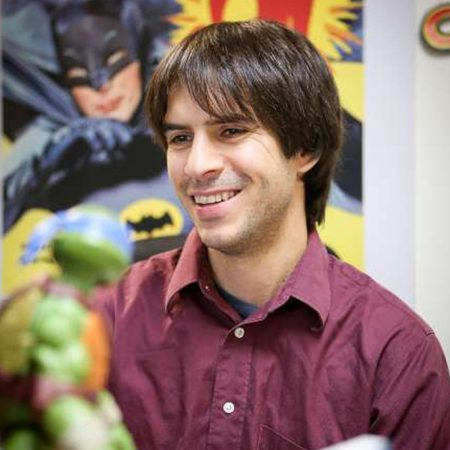 As you well know, I am a big fan of anything comic related, so of course it was inevitable that I would cross paths with the curator of the  Cartoon Art Museum:  Andrew Farago.

We didn’t just talk comic books, but two of my other favorites:  cartoons and comic strips.  Specifically we discussed Foghorn Leghorn, Vanilla Ice, He-Man, Wile E. Coyote, Calvin and Hobbes, The Ghostbusters, & The Real Ghostbusters (Which are two very different things), but probably the most important thing I learned during this interview:  Garfield Endures.

What do Vanilla Ice, Chuck Lorre, Venus de Milo, Leatherhead, and Brian Henson have in common?  They are all vital to the history of The Teenage Mutant Ninja Turtles!  Learn the connections in my bonus ep with the mysterious Farago.