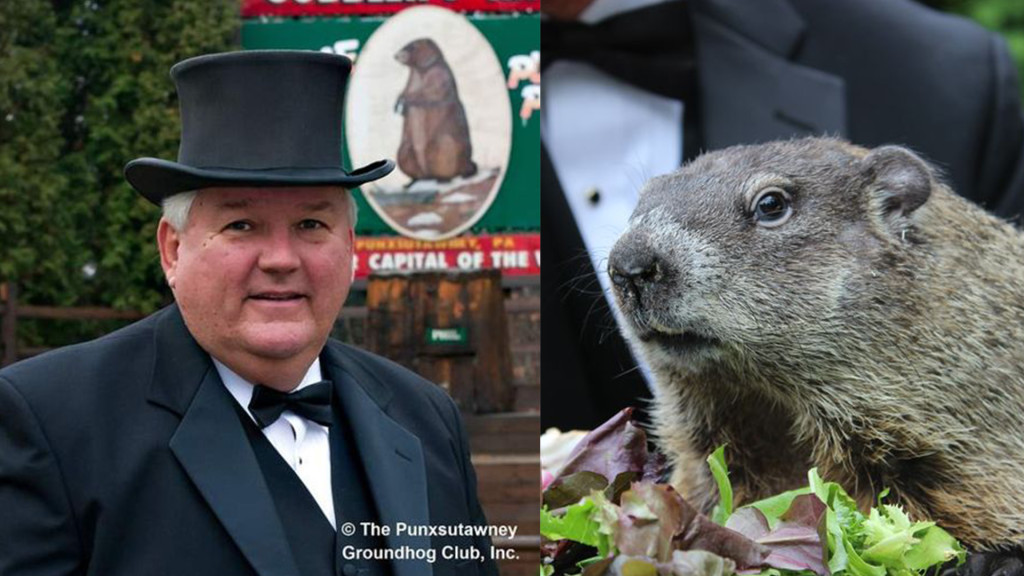 Groundhog day is my absolute favorite holiday.  There really isn’t anything like it.  Despite it’s German history, it is a truly American holiday.  Every Febuary 2nd., Pres. Deeley walks up to Gobblers Knob in Punxsutawney PA, knocks on Phil’s door with his magical cane, and then Phil gives The Proclamation:  Either an Early Spring, or 6 more weeks of winter.

Why Pres. Deeley?  Well, Punxsutawney Phil has a close group of advisers, called his Inner Circle.  This group of 15 is responsible for taking care of Phil all year long, as well as carrying on the traditions of Groundhog Day.  The president is bestowed the magical cane, which allows him to speak Groundhogese.  Groundhogese, as we all know, is the only official and recognized language of the Groundhog Nation.

In 2016, Phil predicted an Early Spring, something that in the 130 years he has been doing this, has only been done 18 other times.  President Deeley and I sat down and discussed a lot of things, including Phil’s trouble with the law, other groundhog impostors, and the secret to Phil’s long life.

*WARNING*  We do discuss Pres. Deeley’s culinary preferences, and it may be disturbing to listeners.  You have been warned.

Inner Circle on the Internet: