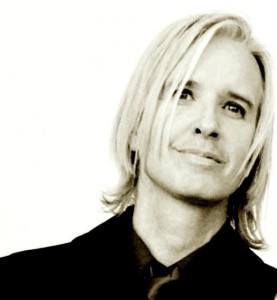 Chris Dane Owens.  You probably know him as the internet sensation whose music video Shine On Me (video below) went absolutely viral after an appearance on Attack of the Show.  I have two things to tell you about that:

1.  He has a follow-up video called Light Speed which is just as epic (video also below).
2.  There is more to this man than high-end, fantasy based viral videos.

He is a television producer and the son of prolific voice-over great, and Laugh-in cast member Gary Owens.  His brother Scott is also in da biz, having won an Emmy for his work on The Amazing Race.  We talk about how he washed Tito Jackson’s Porche for extra dough, what it was like to be written up in Rolling Stone, and his and his love/hate relationship with Internet Trolls.

The one that started it all:  Shine On Me

The NEW video, part 2 of Arra of the Three Kingdom: Light Speed