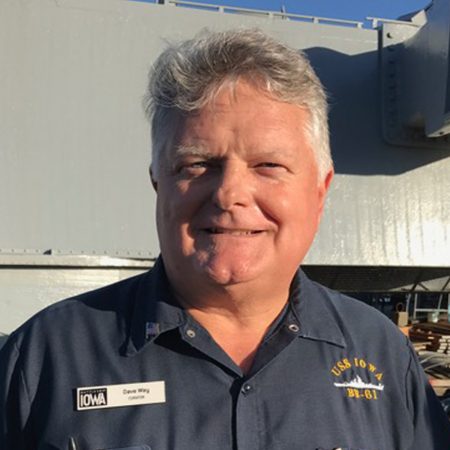 David Way - The Curator of the USS Iowa

The USS Iowa is one of the largest, most imposing forces in naval history.  Originally commissioned to support land invasions (amphibious assaults) in WWII, this devastating behemoth was also a force to be reckoned with during the Korean War.  It was decommissioned in the 50’s. but then recommissioned in the 80’s during the Regan administration in support of his “600 ship” navy initiative.  Finally decommissioned in the 90’s, this floating fortress was turned into a museum, complete with tours!  I talked to curator David Way about the President Roosevelt almost getting hit by a torpedo, Victory the official canine mascot, and the mysterious Combat Engagement Center.