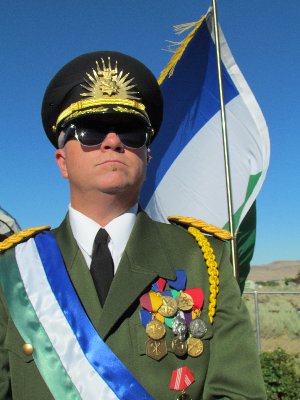 Who hasn’t, at some point, wanted to rule their own country?  From the time we are kids, we are declaring our rooms off limits to both parents, and the opposite sex.  We create vast pillow and blanket based infrastructure, culminating in the most grand fort ever built…with sofa cushions.  There are of course those among the human race who become dictators by manipulating their country’s political system, or some simply take it with force.

This week’s guest is a self-proclaimed “Benevolent Dictator”, who simply decided one day to annex his 1.3 acres and become a sovereign nation within These United States.  We discuss that decision, along with an explanation of their cookie dough backed currency, his purposefully confusing system of measurement, and his competitive space program.

Republic of Molossia on the web