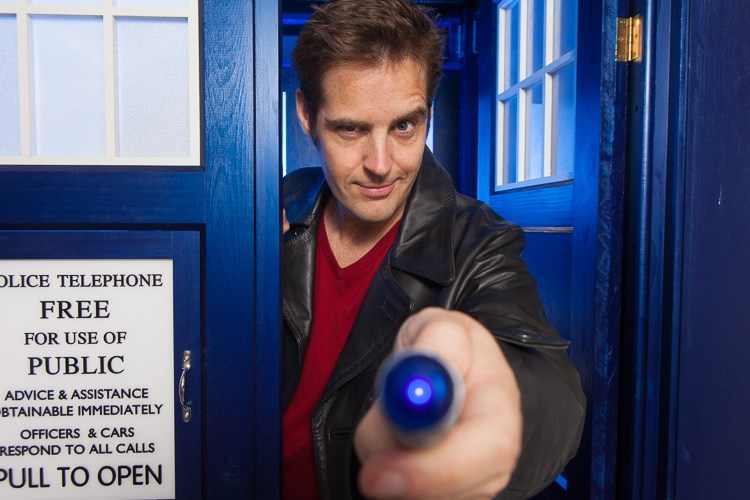 There are many Matt Munson’s out in the world, all with varying degrees of success.  I have chosen to interview not the senator, not the buff Ponzi Scheme one, not even the critically acclaimed photographer.  No I have chosen the Billionaire playboy, prop making superstar, jewel of the R2D2 builder’s club.
https://fascinatingnouns.com/wp-content/uploads/2016/01/Munson-Tardis.jpg

When the first snap-hiss of Luke Skywalkers lightsaber hit the eyes and ears of a young and impressionable Matt Munson, a lifelong love affair with movie props had begun.  His very first prop making effort was an attempt to duplicate Luke’s saber using an Atari joystick, a wooden dowel rod, and the testors model paints he had on hand. Humble beginnings indeed.

Since then, he has gone on to not only design, create, build and finish hundreds of movie and television prop replicas for his own collection, but he has also made them for screens large and small.  He has built a fully functional R2-D2 that walks, talks, and lights up just like the one in the Star Wars films. He completed a full sized TARDIS, the blue police box made famous by the long running British science fiction television show “Doctor Who” and is currently knee deep in a replica of the Batmobile as driven by Michael Keaton in the 1989 Tim Burton Batman film.

He runs the YouTube channel “The Project Work Bench” where he produces tutorials, project walk-through videos, interviews with fellow builders, behind the scenes videos, and updates on my large scale projects. Tutorial videos often focus on a very specific task involved in prop making, such as fiberglass layups, or silicone mold making.

Due to Matt’s extreme proficiency in a variety of shop related skills, I selected him as my technology expert for the second season Fascinating Fights.  Shows will be included here as they are posted.

Check out the behind the scenes pictures on Pinterest:

Check out my tour of The Project Workbench!