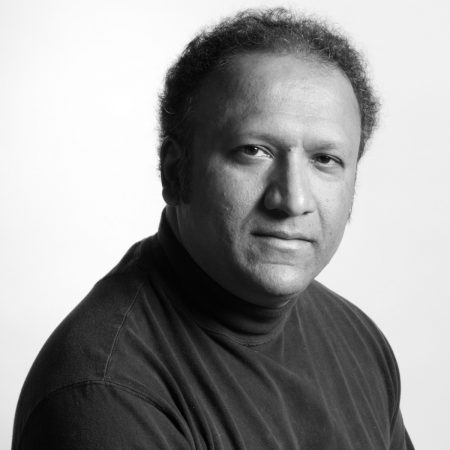 S. T Joshi is the world’s foremost expert on the life, times, and writings of the cult favorite sci-fi/horror writer H. P. Lovecraft.  Being as I am a newcomer to the world of Lovecraft, we covered a wide range of topics including H. P.’s massive use of tentacles, his fear of seafood, and the proper pronunciation of many of the names that are purposefully unpronounceable.

From his bio:
S. T. Joshi is the author of The Weird Tale (1990), H. P. Lovecraft: The Decline of the West (1990), and Unutterable Horror: A History of Supernatural Fiction (2012).  He has prepared corrected editions of H. P. Lovecraft’s work for Arkham House and annotated editions of Lovecraft’s stories for Penguin Classics.  He has also prepared editions of Lovecraft’s collected essays and poetry.  His exhaustive biography, H. P. Lovecraft: A Life (1996), was expanded as I Am Providence: The Life and Times of H. P. Lovecraft (2010).  He is the editor of the anthologies American Supernatural Tales (Penguin, 2007), Black Wings III (PS Publishing, 2010, 2012, 2013), A Mountain Walked: Great Tales of the Cthulhu Mythos (Centipede Press, 2014), The Madness of Cthulhu (Titan Books, 2014/15), and Searchers After Horror: New Tales of the Weird and Fantastic (Fedogan & Bremer, 2014).  He is the editor of the Lovecraft Annual (Hippocampus Press), the Weird Fiction Review (Centipede Press), and the American Rationalist (Center for Inquiry). His Lovecraftian novel The Assaults of Chaos appeared in 2013.

The Rise and Fall of the Cthulhu Mythos