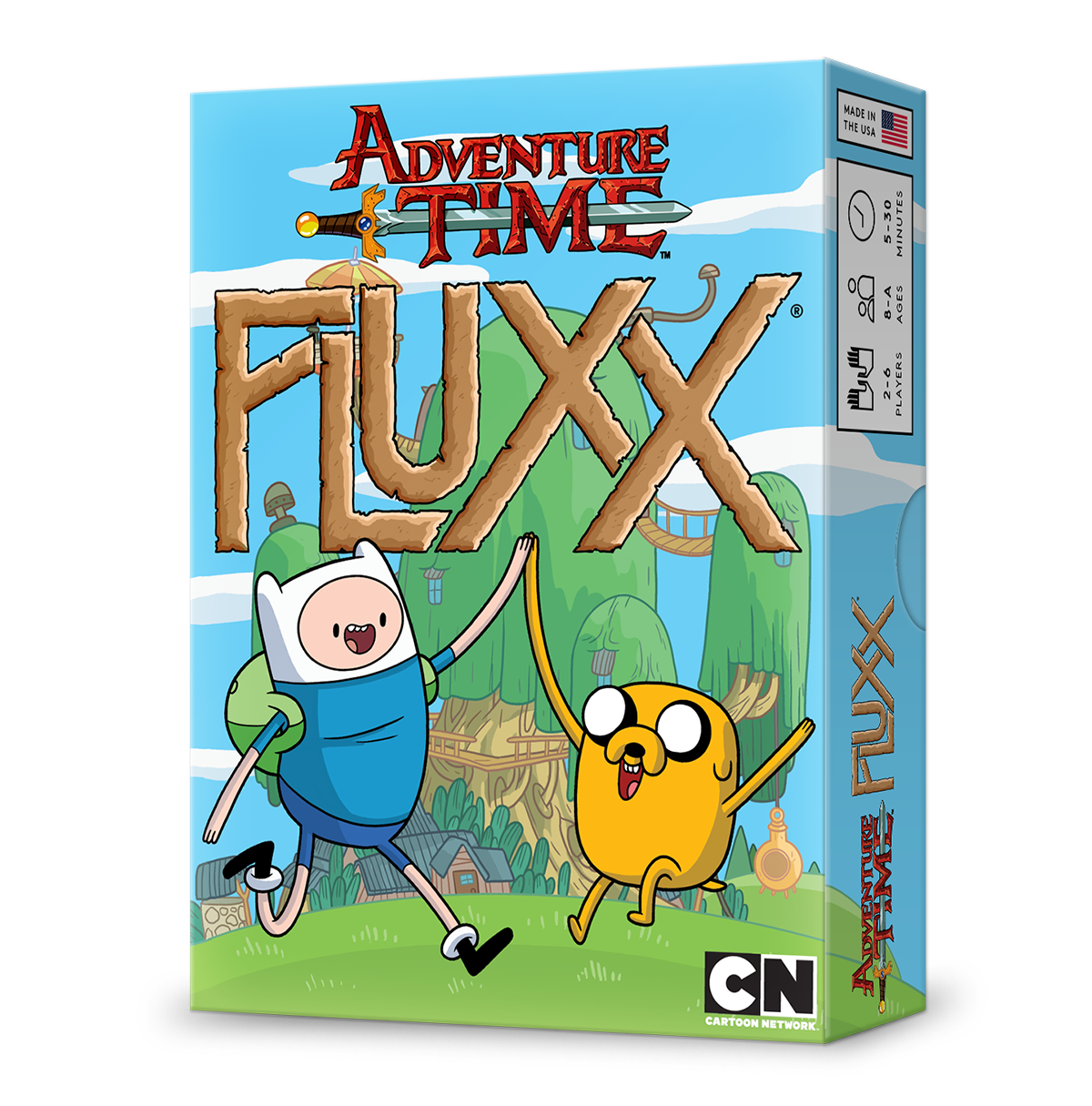 *For the sake of this review, I am going to assume you are familiar with the madcap world of Adventure Time, and the rules of Fluxx.*
I am a pretty new to the phenomenon that is Adventure Time, but in the few months I have been watching, I have to say it is so algebraic.Â Â Never have I been interested in a program with so many princesses!Â Andy Looney has done it again. Â He has captured the essence of a show (this time Adventure Time) while still producing a game with the same rules and similar cards as the other iterations of Fluxx.Â Â
First of all, much like Batman Fluxx, a lot of Keepers in Adventure Time Fluxx have special powers.Â Â Not nearly as many as other versions, but certainly enough to keep a familiar audience happy.Â Â The powers correspond with either the traits or abilities of each given character on the show.Â Â I think the reduction in powers is a positive, as it makes the game more playable for the younger Fluxx player audience.Â  Along this same line, there are fewer Creepers in this game, which means fewer villains to slow down the game playtime (but also fewer evil doers for Finn to fight).Â
As I mentioned, there are close to one million princesses in Adventure Time, each from a different realm.Â Â Even for the casual viewer, this can become confusing.Â Â In this set, the Looneyâ€™s have created a system of symbols so that you know what type of card you are holding.Â Â Princesses have a diamond, Candy Kingdom residents have a peppermint tube, and Creepers have a frowny face.Â Â This ensures that you will KNOW if your card matches the requirements of the goal.
And finally, the whole gang is here!Â Â Jake the dog, Finn the human, Princess Bubblegum, the Ice King, and my personal favorite Marceline.Â Â TheÂ goals are truly fun, and capture iconic moments in the series such as â€œScience Can Fix Thisâ€ (Princess Bubblegum and Candy Zombies), and â€œJake and his Girlfriendâ€ (Jake and Lady Rainicorn).
It is available in all the finest game shops throughout the land.Â  Mathematical!