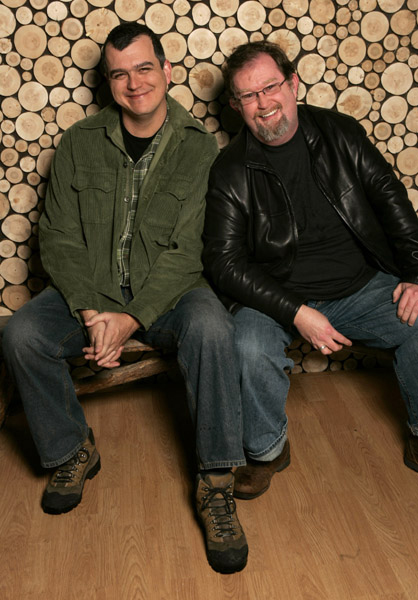 Andrew Leman (sounds like demon) and Sean Branney (sounds like granny) run a company called The H. P. Lovecraft Historical Society.Â  What is that?Â  Basically they bring the works of H. P. Lovecraft to life.Â  They have an entire line of awesome stuff.Â  I say stuff, because there is just so many cool things.Â  Movies, radio dramas, live music, sweaters, mugs, Musical Theater, props, miniatures, books, etc.Â  Listen as we talk about how they got their start, the dangers of fans offering free help, and how adrenaline is a hell of a hormone.Â  THEN listen to one of their amazing radio dramas:Â  Herbert West- Reanimator! 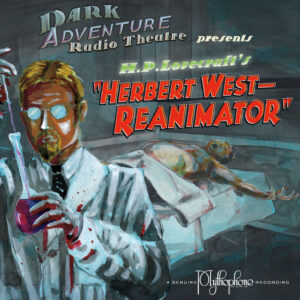 Andrew and Sean’s interest in the weird world of H. P. Lovecraft started during their high school years, and that interest has grown into an ongoing creative partnership lasting some 30 years. Starting with their own high-intensity brand of live-action role-playing games, their efforts have expanded into audio, film, music, historical writing, and vintage document & prop replicas.

As a founding member of the H. P. Lovecraft Historical Society, Andrew Leman has served as an editor of its monthly publication, Strange Eons, and a developer of its massive website. He has produced and directed or co-directed four film projects with the HPLHS, and written and produced numerous live-action gaming events, involving helicopters, herds of horses, mummified bodies, ancient documents, the CalTech seismology lab, and many other elaborations. He has written a lengthy and non-scholarly history of the 1920s and â€™30s for Lovecraft fans.

Branney and Leman wrote A Shoggoth on the Roof, a full-length Lovecraftian Broadway-style stage musical. They also co-wrote and produced A Very Scary Solstice, the immensely popular HPLHS Lovecraftian holiday album, and its sequel, An Even Scarier Solstice. They produced the award-winning film adaptation of Lovecraftâ€™s classic story The Call of Cthulhu, which Branney wrote and Leman directed, followed by The Whisperer in Darkness, which they co-wrote and Branney directed.

Sean Branney and his wife runÂ  Theatre Banshee, a non-profit professional theatre company founded in 1994Â .Â  While they specialize in the plays and playwrights of Ireland, they also seek to create drama that illuminates humanity at large.

The video was shot entirely at our shop, on full-size and miniature sets. Shot and edited by David Robertson, like both of our feature films. You can watch it online here:

The rock opera has its own independent website here