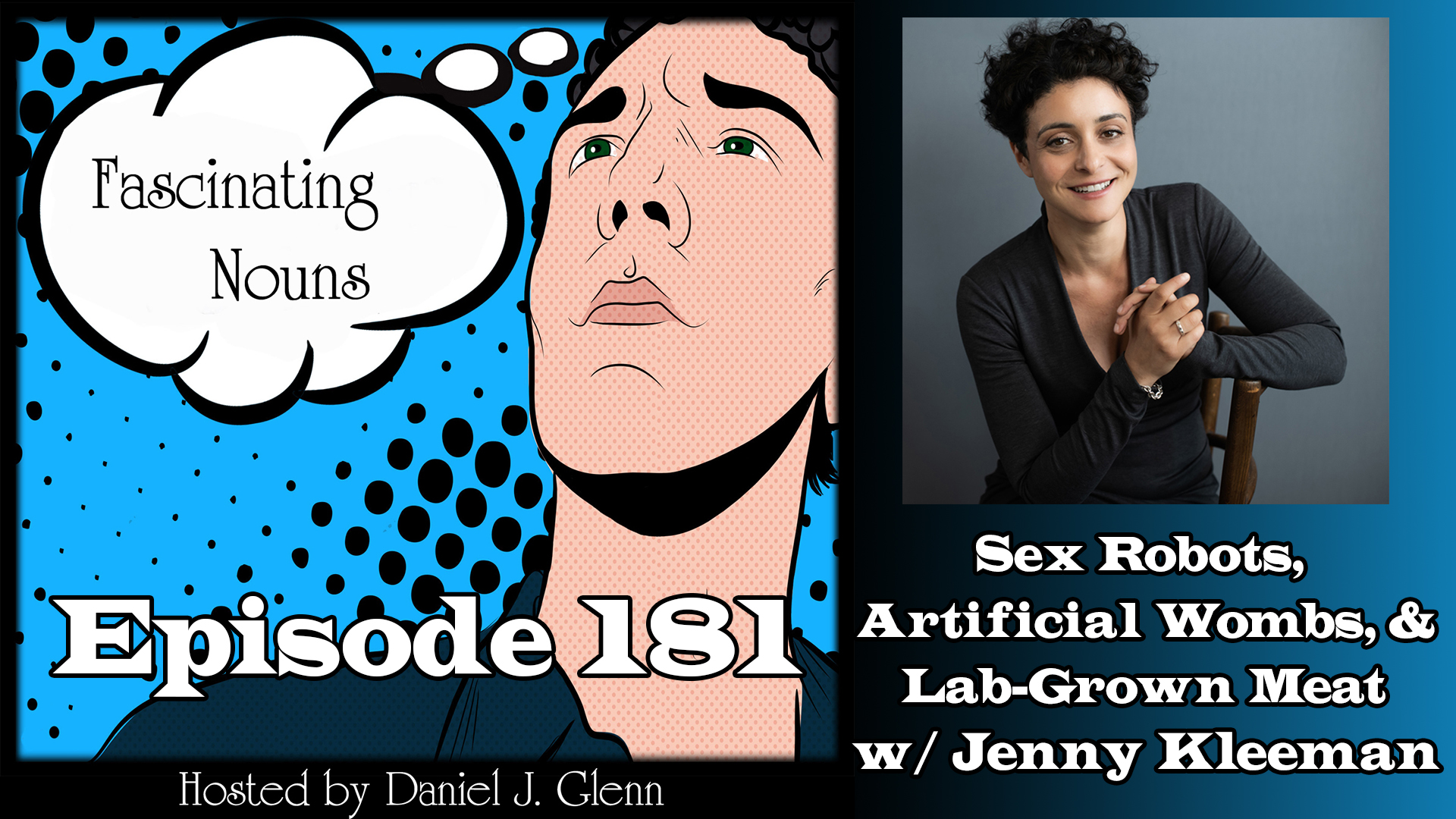 As technology marches forward, humans are achieving things that were thought to exist only in science fiction.  In her new book ‘Sex Robots and Vegan Meat’, Jenny Kleeman looks at four such innovations, and explores how they are poised to fundamentally change the pillars of humanity.  We discuss these advancements, which include robotic companions, artificial wombs, lab-grown meat, and DIY death coffins as well as how they may shape our future society.  We also get into Jenny’s career as a rock star, and how multi million dollar chicken nugget made her vegan for a few days.