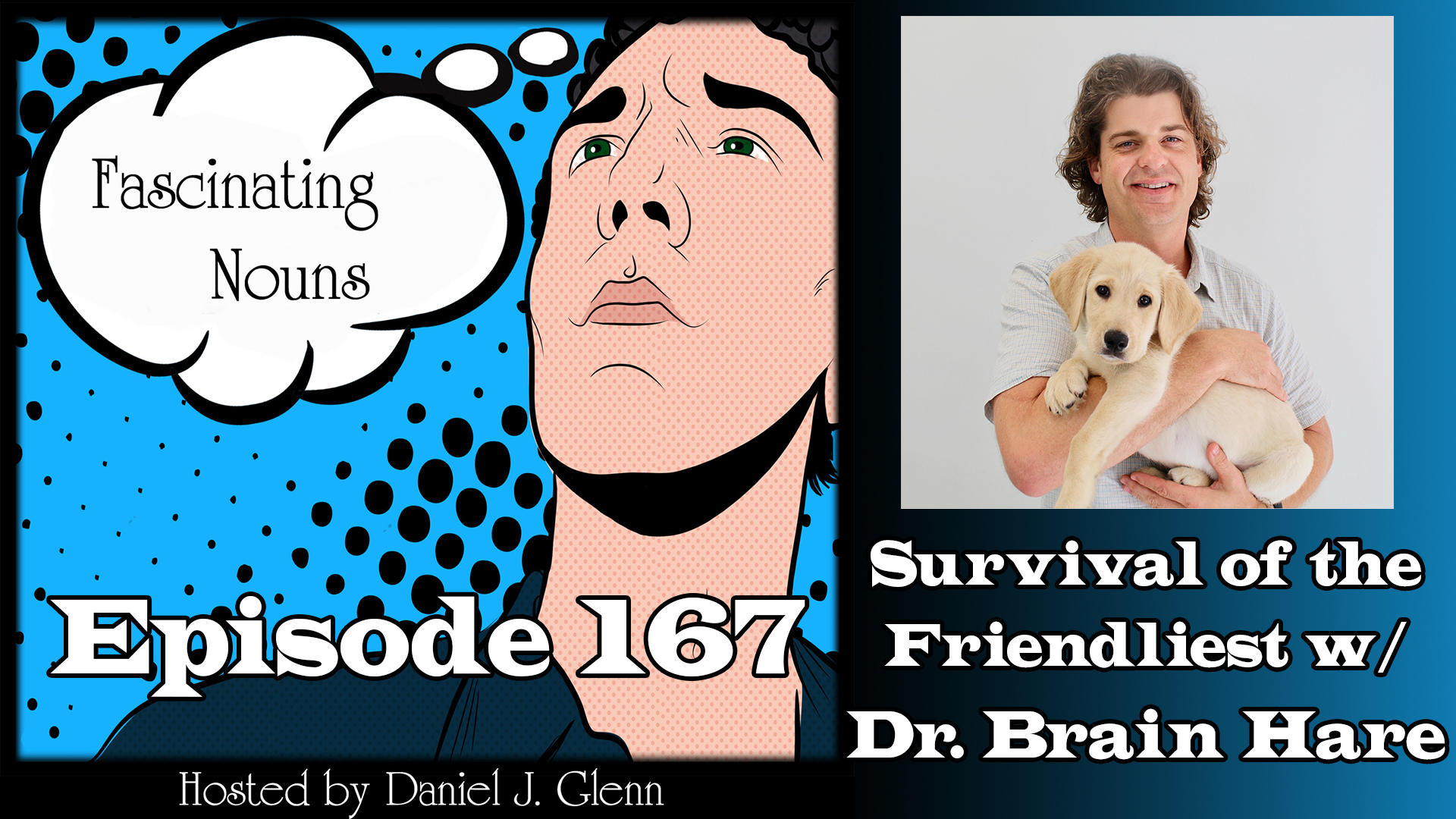 I am guessing that when you her the term ‘Survival of the Fittest’ you immediately think of sharks, an alpha male gorilla, or a lion on the Savannah.  But what about dogs?  I bet you think they are too friendly to be considered ‘The Fittest’.  You may be wrong.  According to Dr. Brian Hare, friendliness may not only key to dogs survival, but ours as well.  We truly became the most dominant hominid as soon as we decided to work together.  Wolves are almost extinct, but there is a dog in almost every American household.  We discuss this phenomenon as well as several other topics including puppy kindergarten, the brilliance of bonobos, and the key role poop played in the domestication of wolves.