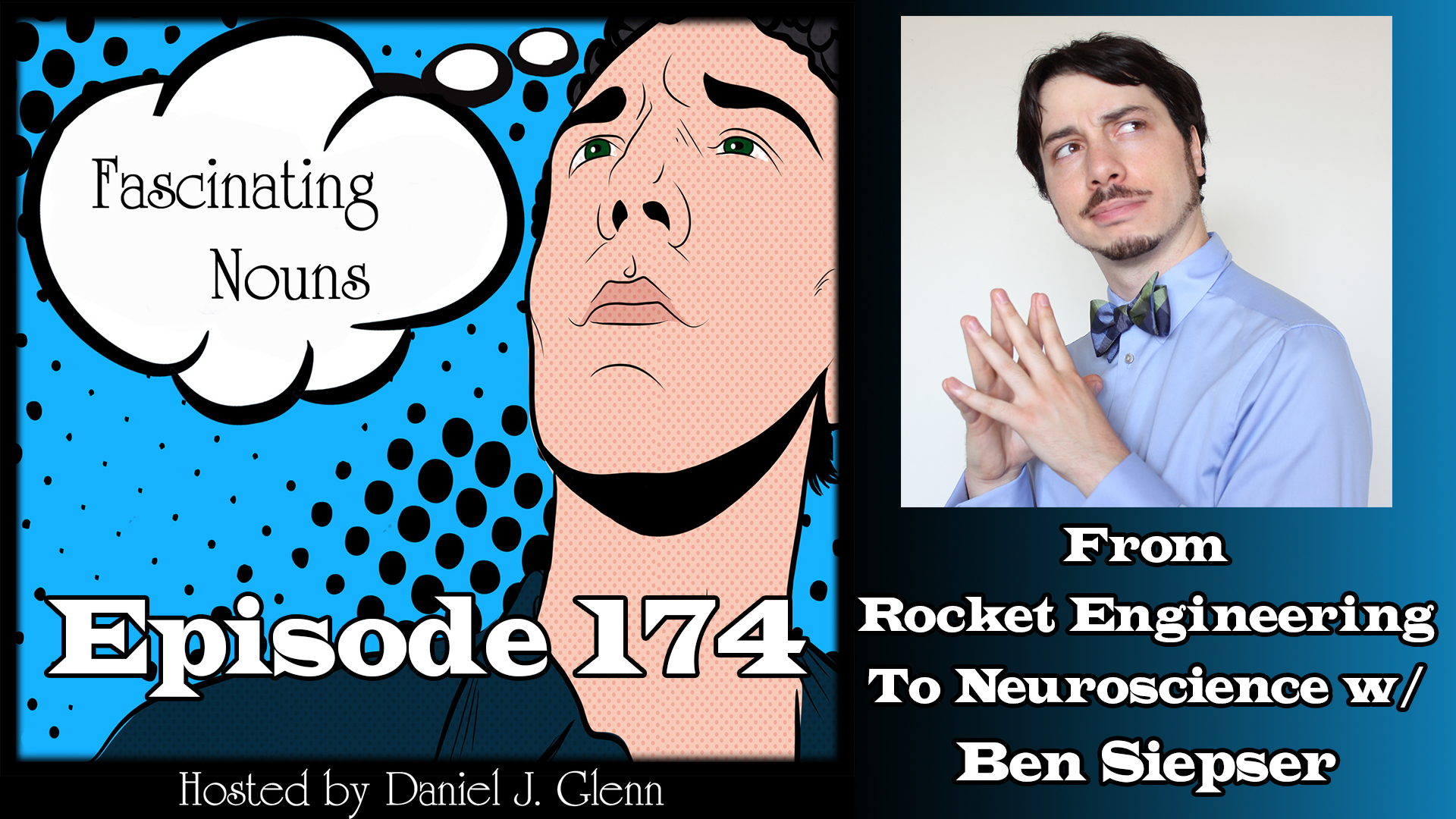 Rocket science and brain surgery have become almost cliche’ when describing someone as being tremendously smart, but what about someone who has done both?  Ben Siepser has helped put rockets into space, and is now working on devices that can read your brain.  If that wasn’t impressive enough, you can find him co-hosting the science/tech podcast FGGGbT with me every week!  Ben and I sit down and discuss his journey from studying outer space to the space between our ears.  We also talk about his Pirates LEGO collection, how he secretly bombed the final flight test at Space Camp but still got an internship at NASA, and how his devices are a permanent part of of our solar system.