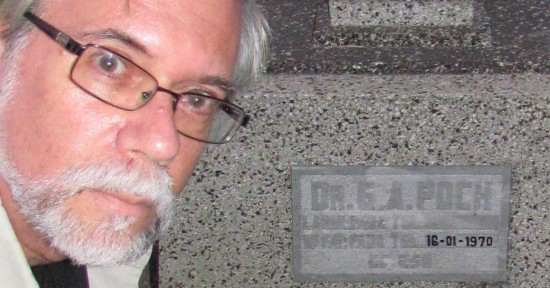 This episode is going to blow your mind. Famed occult researcher and Nazi expert Peter Levenda walks us through his book Ratline, the story of the secret “Underground Railroad” in Europe, set up by a Vatican priest, used to get high ranking Nazi’s and SS officers out of Germany and into various parts of the world. The most famous of these escapees, according to his research, is none other that Adolph Hitler! You have to check out this interview.

A native of the Bronx, Peter Levenda grew up in New York; Gary, Indiana; Chicago, Illinois; and Charlestown and Claremont, New Hampshire; graduating from the same Bronx high school as David Berkowitz. In 1968, he and a fellow high-school senior gate-crashed the funeral of Robert F. Kennedy at St Patrick’s Cathedral and found himself leading the procession out of the cathedral at the end of the service. Briefly involved (1968-1969) with the American Orthodox Catholic Church (which served as a front for American intelligence operations and which was implicated in the John F. Kennedy assassination) Levenda’s religious interests extended to Eastern Orthodoxy, Chinese Daoism, Haitian voudon, and modern occult societies in the Kabbalistic tradition, as well as Islam. He has held a variety of jobs, mostly in international trade, while simultaneously doing the research and writing the books for which he is known.

He is best known for his study of Nazi occult beliefs – Unholy Alliance: A History of Nazi Involvement with the Occult – which boasts a foreword by Norman Mailer. (Mailer included an extended version of this foreword in his book on writing, The Spooky Art.) In order to collect information for this book, Levenda undertook a dangerous trip to Chile to investigate the notorious Nazi sanctuary, Colonia Dignidad, where he was briefly detained. Levenda’s trilogy – Sinister Forces: A Grimoire of American Political Witchcraft – is an extension of the original theme of Unholy Alliance, but focusing instead on American history. It bears forewords by Jim Hougan, Dick Russell and Paul Krassner, as well as blurbs by Norman Mailer and Katherine Neville, among others.

In 2006 he decided to obtain his MA in religious studies and Asian studies at Florida International University, which he did in 2007. Since then he has written Ratline: Soviet Spies, Nazi Priests and the Disappearance of Adolf Hitler, a book that continues the study he began in Chile in 1979 of the Nazi escape routes, and is currently at work on a study of the occult background of Mormonism.

Levenda is a member of the American Academy of Religion (AAR), TAK (the religious studies honor society), and is a charter member of the Norman Mailer Society. He divides his time between South Florida and everywhere else.