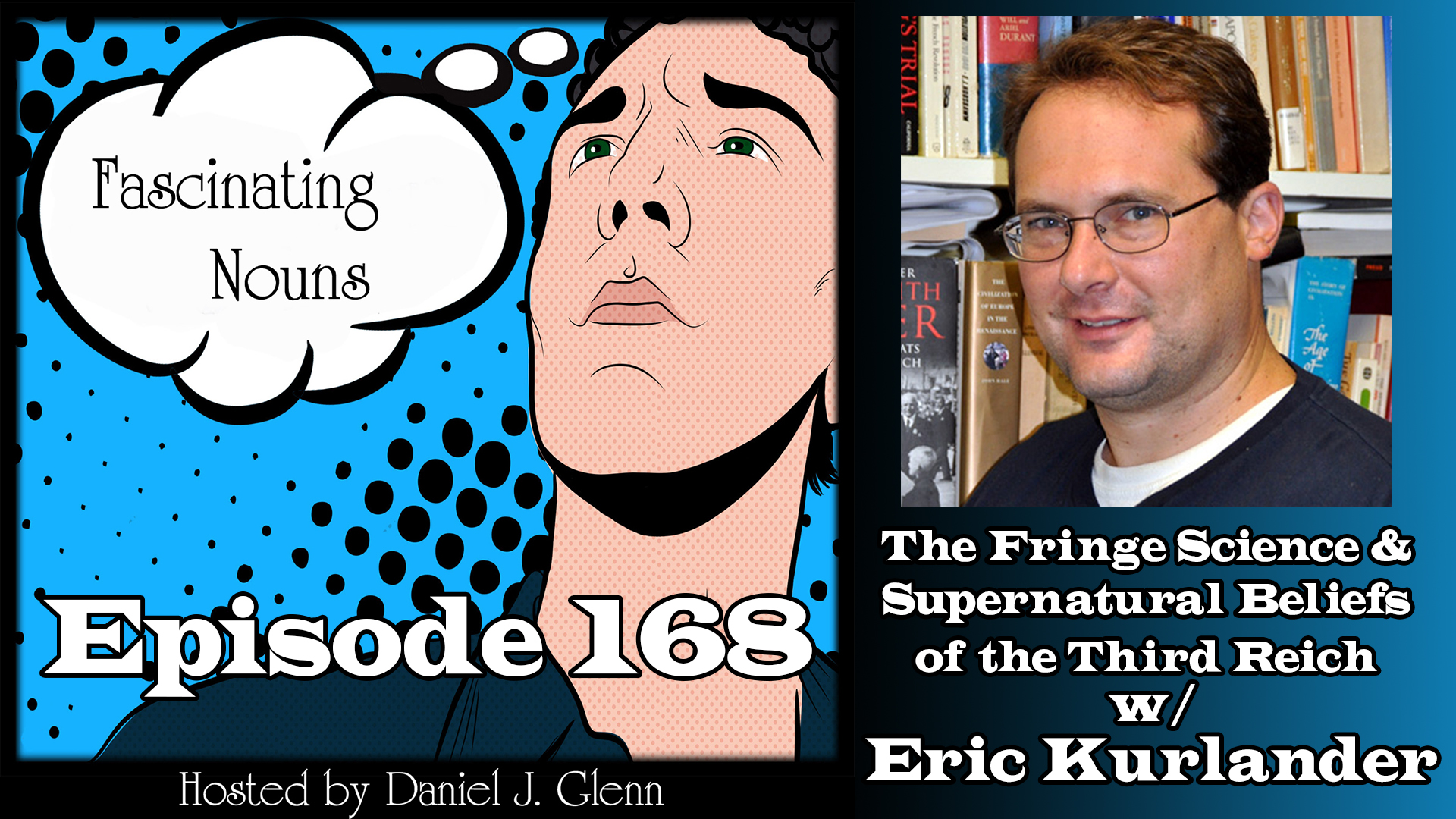 The Fringe Science and Supernatural Beliefs of the Third Reich

For all the despicable acts the Nazis perpetrated while in power, I have always been fascinated by how they are portrayed in pop culture.  From the Indiana Jones movies where they are chasing powerful religious artifacts, to Marvel’s Captain America where they create super-humans and strange technology, the Nazi’s always seem to be obsessed with fringe science and supernatural beliefs.  This week I talk with Eric Kurlander, the author ‘Hitler’s Monsters; The Supernatural History of the Third Reich’, which is the most scholarly book on the subject.  We discuss how pagan beliefs shaped German culture, how every top Nazi has a personal astrologer, a State Sponsored Institute that specialized in dowsing, and finally I ask if there is any truth to the story that the Nazi’s found the Holy Grail.