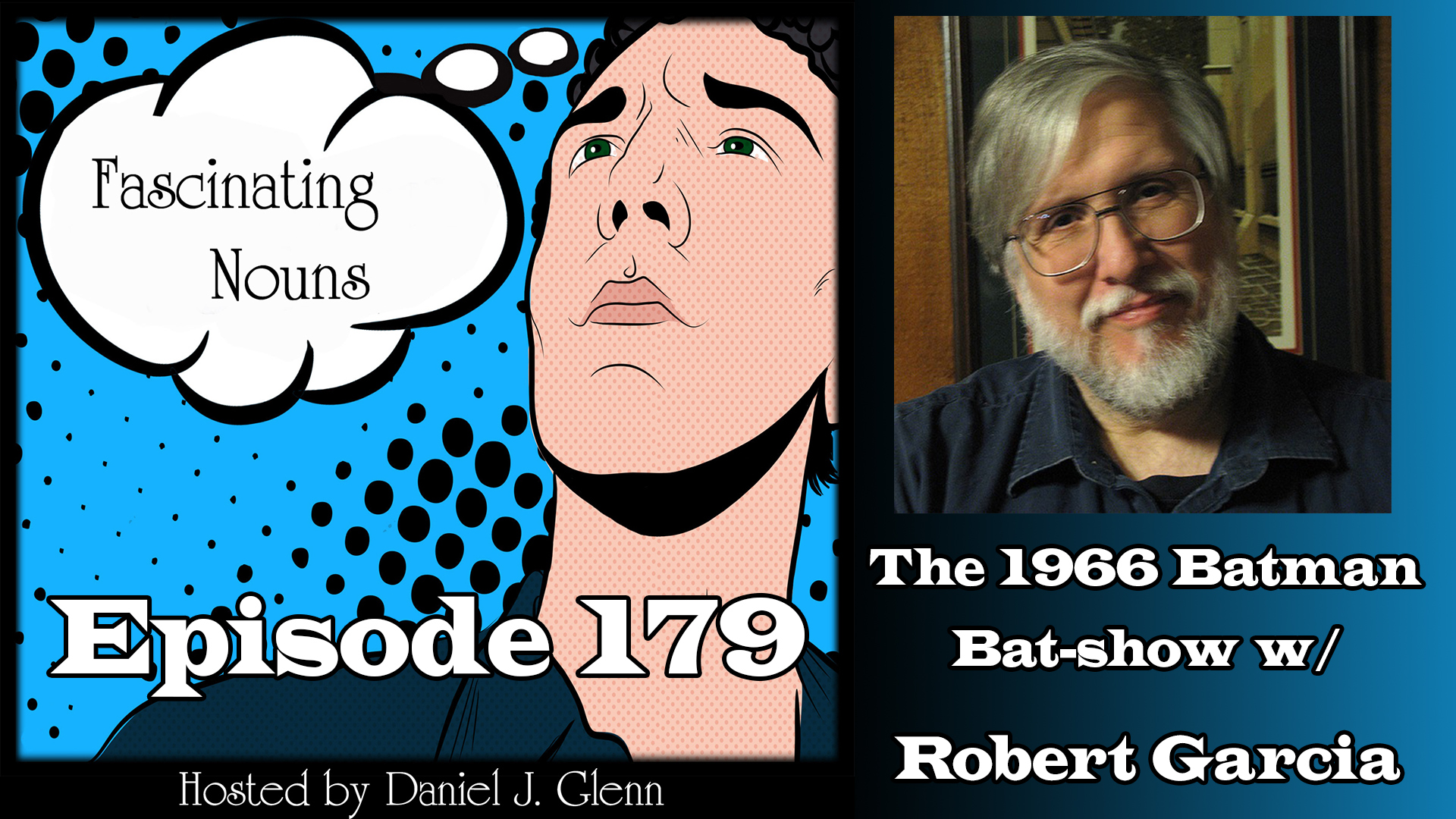 The original Batman television show may not be treated with much respect today, but it was an absolute trailblazer in terms of getting superheroes respect in pop culture.  The success of Marvel movies today owe a debt of gratitude to this much maligned series.  Not only that, but this show introduced many things that we consider Batman staples, including Bruce Wayne’s Butler Alfred Pennyworth, Mr. Freeze, The Batmobile, and Catwoman’s outfit.  Listen as Batstorian Robert Garcia discuss one my favorite television shows of all time.