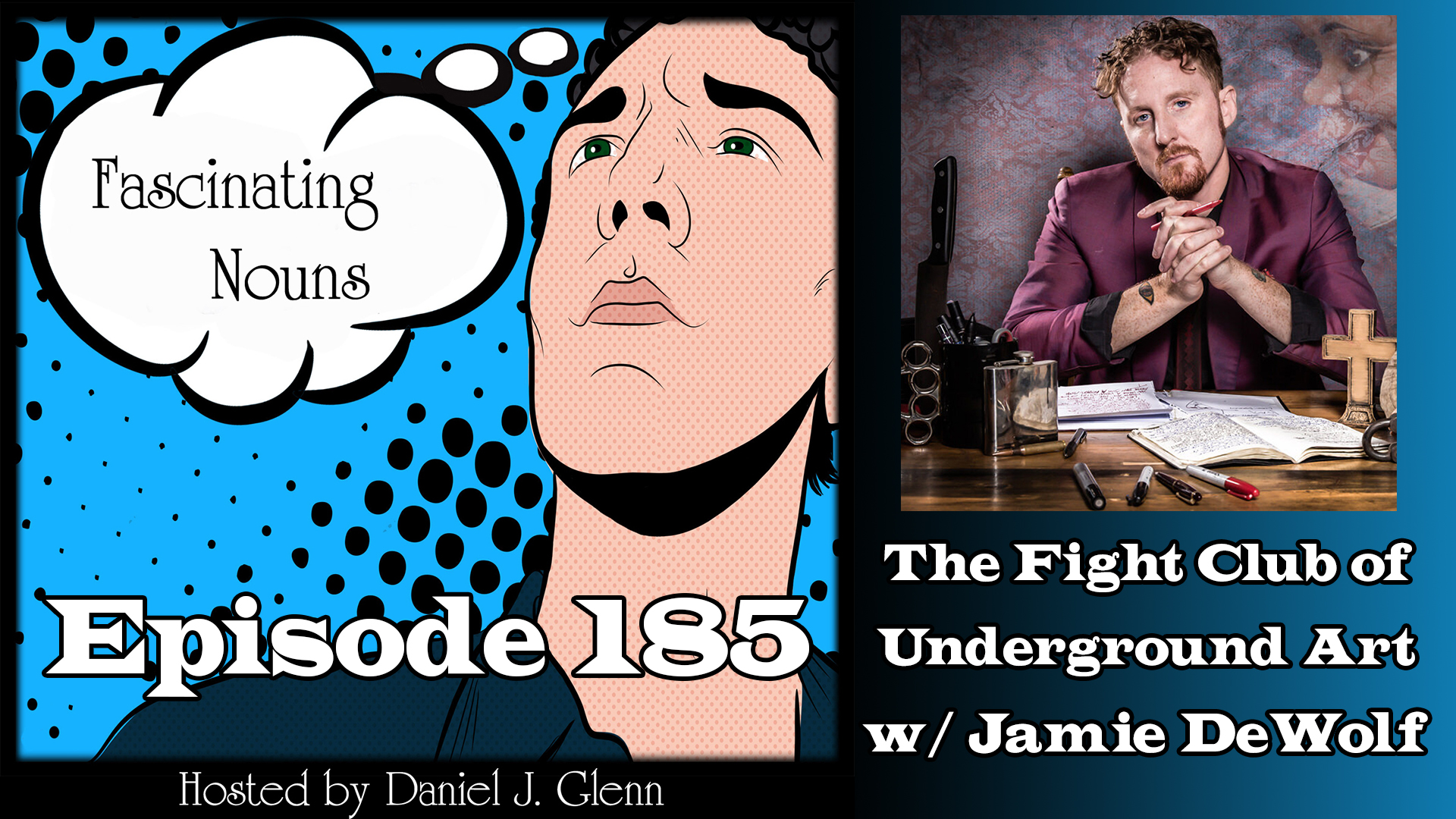 Jamie DeWolf is a multi-talented performer, who has mastered both stage and screen.  He is the ring master of the long running variety show ‘Tourettes Without Regrets’, which has been renamed ‘The Ruckus and Rumpus Revival’.  It has been dubbed ‘The Fight Club of Underground Art’ because the show is raw, totally eclectic, and involves participants from the audience.  Jamie is also the great-grandson of Scientology founder L. Ron Hubbard, and is an outspoken critic of the church.  Listen as we discuss his religious upbringing and how it influenced his art, his connection to Skid Row historian Doug Mungin, and how he will forever be connected to comedian Jamie Kennedy.